Quetta: A cracker blast near Mali Bagh Sadiq Shaheed Ground located at Mikangi road rocked the locals of the provincial capital Friday noon, rescue sources informed. According to the sources, one man has sustained serious injuries while he was passing through the area when the explosion occurred.

However, the security officials have ruled out the possibility of casualties as it was a low intensity cracker blast and also the most of the shops on the road were closed because of Friday prayer.

The eyewitnesses say that the blast occurred near the car shortly that was been parked at the nook of the road and it is possible that the cracker was placed in that car.

Meanwhile, have reached the spot and cordoned off the area. Further investigations are underway till the processing of this report. 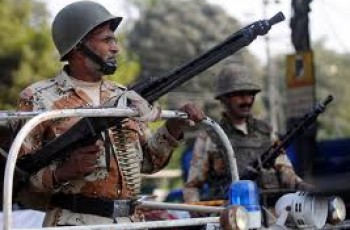 Karachi: A clash occurred between two rival groups in Qasba …

Warid is only Cellular Company who is providing free sms …