Haider Imam Rizvi is the senior executive director at BOL Media Groups. He has been recognized as the best Drama director of the decade. His dramas have included the much acclaimed ‘Huwain’ and ‘Chaudhvin Raat’ aired from PTV. These were the best dramas of their time. His other dramas include ‘Chand Girhan’ and ‘Nange Paon’. His dramas were an instant hit and won appreciation from the Pakistani crowd. He was awarded 4 national awards for his prowess. He was also given the 30+awards and appreciation letters as a director. He was also given the highest civil award ‘Pride of performance’ in 2002.

Haider Imam completed his masters in International relations and Journalism and stepped into his new career in 1976. He started off with Pakistan Television Networks s a director and a producer and soon became the General Manger in a period of few years. He also took various training programs from the World’s best institutions such as, PTV Academy Islamabad, Radio TV Netherlands, Rupavahni Sri Lanka, BBC London, Radio Television Malaysia, Transtel Germany and NHK Japan.

Haider Imam was able to produce top class dramas and independent plays which won the hearts of the Pakistani public. He stayed up to date with the technological advancements and produced top rated drama serials. He moved to STN when private TV channels began to be introduced to the television industry. The President personally requested him to direct dramas for Pakistan Army, Navy and Air Force. 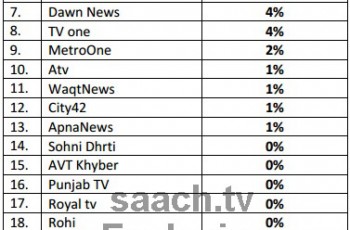 Lahore: Following a statement by leader of the opposition in …