A young Pakistani guy has left Okara in the Punjab region of Pakistan on foot on a once-in-a-lifetime “dream voyage” to the holy city of Mecca.

Usman Arshad, 25, is traveling to Mecca on foot with just a backpack and a black umbrella in order to get it in time for the 2023 Hajj.

Arshad, who has pinned Pakistani flag on his shirt, set out on a spiritual journey from his birthplace of Okara on October 1 and anticipates taking around eight months to get there. Arshad will go through Iran, Iraq, and Kuwait to get to Saudi Arabia.

He is covering an average of 30 to 40 kilometers each day on the roughly 5,400km journey.

Message of Peace
The young man, who is intently engaged in the act of walking, claims that on his route to Mecca, he also intends to stop at holy sites in Iran and Iraq. “I would meet different individuals along the road and preach the true message of Islam, which is peace and respect.”

The young guy claims that being famous is not important to him; instead, he wants to fulfill his religious obligation by traveling to the holy city while also disseminating the message of harmony and goodwill.

Arshad estimated that the trip will cost him and his family about Rs1.5 million ($6,800). He had been planning his trip for a year and had asked the Ministry of Foreign Affairs to expedite the visa application process in the hopes that he would receive his visas in time to travel to Iran.

He described the contents of his bag pack in detail, stating that it includes some clothes, a phone, charger, and power bank, an umbrella, a torch, water bottles, and a medicine kit. He remarked, “I don’t want to carry heavy items that slows down my pace. If I need anything extra, I’ll just buy it.”

Motivating Others Along the Way
Along the way, he is also inspiring and meeting a lot of people. Arshad frequently receives greetings, handshakes, and expressions of love and admiration from drivers and bystanders after they notice the pinned poster on his shirt that reads, “From Okara to Mecca for Hajj on foot.” Many people simply come to pay their respects, he said, asking him to send their Salam to the holiest city of Mecca. “They support me, and some makes remarks that my journey has inspired them to pursue their own goals. To receive greetings and prayers from others makes me feel very proud and pleased.”

In the cities and towns he travels through, Arshad primarily stays at friends’ and family members’ homes. If there are none in the city, he looks out hotels or mosques to spend the night. “Numerous people have contacted me and offered me a place to stay or home-cooked meals as a result of my frequent postings on social media.” He claims that after leaving Pakistan, he will remain in hotels and possibly camp as well. He claims that even though he is walking towards Mecca, he will be flying back home.

Arshad is not the first person from Pakistan to travel on foot to Mecca. In 2013, Pakistani peace activist Kharlzada Kasrat Rai traveled on foot from Karachi to Mecca. In Mecca, he was welcomed as a hero after travelling three months on foot.

Recording Spiritual Journey
Arshad, a digital developer and student of media communications, is also documenting the entire voyage on social media and updating his more than 50,000 followers every day. His videos describe the natural and cultural landscapes of the Pakistani cities he has visited while travelling, the people he encountered, and the cuisine he consumed along the journey.

Arshad’s videos provide him the chance to highlight the culture, natural beauty, and friendliness of the places he has travelled so far. “Balochistan has outstanding hospitality. I frequently receive invitations to traditional meals from the friendly locals. Additionally, this tour is a fully immersive cultural encounter, said Arshad. 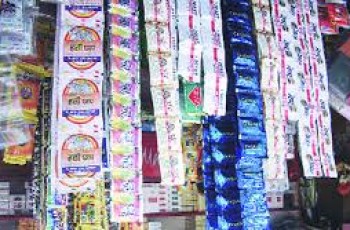 Because it comes from India and most people migrated from … 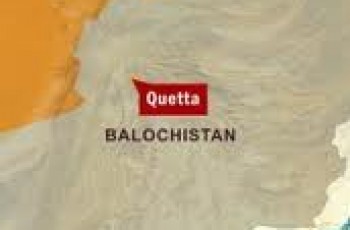 Karachi: After the acceptance of the mourners demands, who have …