It is amusing that president Zardari a few days ago asked Pakistani nation for further five years to rule over the country! He said that it was impossible to overcome the issues that Pakistan had faced for 64 years! Also he conceded that people were in great trouble and disappointed! The question arises here why Mr. Zardari needs further five years when he has done nothing to overcome all the issues since he has became the president?! At least he should have stepped ahead to resolve the issues but instead, poverty, unemployment, inflation, drone attacks, terrorism, extortion, land grabbing and others prevailed in the country after PPP took hold of the government whereas the overall condition of the country is status quo! On the other hand, PPP’s foolish ministers try to make the nation fool saying various foolish things that every body has looted the country so why not PPP or Degree is a degree whether it is original or fake!

It is a great pity when PPP felt its failure to cope with the issues, it Pushed Karachi into slaughter house! PPP itself doesn’t want to call Army to Karachi for operation against terrorists as it wishes Army to enter forcibly so that PPP could avail the opportunity and prove itself innocent! In this way, PPP thinks to bag one more chance to take part in election. Also everybody knows if Army breaks into Karachi, it will surely take stern actions against every terrorist from every political party or gang! This is the reason that PPP in intoxication with power has given free hand to the terrorists from its allied parties to kill innocent people, extort them and so on! Actually PPP wants to save People’s Aman Committee’s terrorists who are a right hand of PPP! 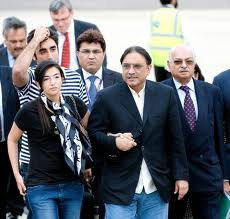 If we observe Mr. Zardari’s government, we see that he keeps traveling around the foreign countries but no issues appear to him! Since he became the president, he tried to link with its allied parties whether people are being killed by them! He even didn’t think that the people cast their vote to choose PPP government and in return, they bagged deceased or dead bodies, inflation, no approach to their basic needs etc. even the issues that were previously engulfing Pakistan have further been worsened by wrong policies of PPP government!

Now the time for the PPP government is going to complete and surely the government will start some development projects or resolve one or two issues so that the nation may choose them again saying that PPP resolved some of their problems! Here the nation should wake up from negligent sleep and understand the cleverness of PPP government how it is playing its cards! The nation must bring PPP into book for three and a half year that passed during which nothing could be done! What has the PPP government been doing during these 3 to 4 years?! It’s a great tragedy! This is the time to save Pakistan and unity! Wake up Pakistanis and never choose these types of rulers! 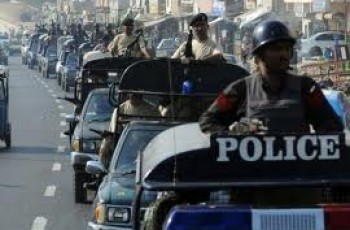