According to sources, students of various institutes broke the largest flag’s record and enrolled their name in Guinness World Records.

The arrangements for creating this record were on a high from the past several days and Deputy Speaker Rana Mashhood Ahmed Khan was quite confident for the creation of new world record by the youth of Punjab. 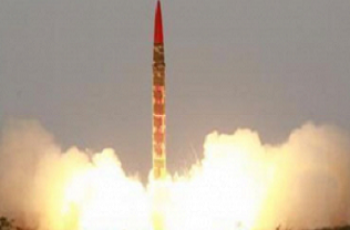 Islamabad: Pakistan on the Wednesday morning successfully conducted a test …