Pakistan and China share almost 523 kilometers long border but do you know what is the name of Pak China Border and how many crossings are there? If you don’t then this is a story for you as we share all details of Pakistan China border along with pictures of the border crossings and beautiful views.

The current border between the two countries is defined as per the Sino-Pakistan Frontier Agreement which was passed in 1963 deciding the borders between these two countries. This agreement ended the dispute between both countries after China issued maps showing Pakistani areas as Chinese territory.

It was after this agreement that China accepted Pakistani sovereignty over its controlled areas while Pakistan accepted Chinese claim over Northern Kashmir & Ladakh, which India claims to be its territory.

Historically there have been three passes to cross & travel from Pakistan and China which are Khunjerab Pass, Mintaka Pass and Kilik Pass. But currently only Khunjerab Pass is open for travel & trade between these two countries.

Khunjerab Pass is the name of Pakistan China Border through which is visited by thousands of tourists each year along with passengers who travel across both countries. What makes this border crossing unique is the fact that it is the highest point in the Karakoram Highway.

It is also the highest-paved international border crossing in the world, which attracts thousands of citizens across Pakistan to travel hundreds of kilometers from different areas and visit this snowy, cold and mountainous region.

Another attraction of this border crossing is the world highest altitude ATM which was installed at Khunjerab Pass by National Bank of Pakistan at a height of 15,397 feet. This ATM by NBP also holds the Guinness World Records for Highest altitude automated teller machine (ATM).

The pass is located in Pakistan’s third largest national park which is called ‘Khunjerab National Park’. It was established by to protect wild life. The animals which can be found in the national park includes endangered snow leopard, Himalayan ibex, Himalayan brown bear, red fox, Tibetan wolf, Marco Polo sheep and many more.

The distance of Khunjerab from different cities is as follows:

Check this map to know the exact location of Khunjerab Pass:

Mintaka Pass derives its name from a Kyrgyz word ‘Mintaka’ which means ‘a thousand goats’. This historical route was used by travelers to travel between Gojal (Upper Hunza Valley) in Pakistan and Chalachigu Valley & Taghdumbash Pamir in China.

Traditionally most of the area in Xinjiang which borders is inhabited by Turkic people such as Uyghurs and Kyrgyz which are geographically, culturally and religiously connected with Central Asia. Currently more Han Chinese are immigrating to these areas resulting in changing demographics.

It is another high mountain pass in the Karakorum Mountains which connects Gilgit Baltistan with Xinjiang, previously it was known as Turkestan or East Turkestan.

Kilik Pass along with Mintaka Pass was considered shortest and quickest way into northern India from certain parts of Xinjiang. After glaciation of Mintaka Pass caravan started favoring Kilik Pass but then Khunjerab Pass became the main route after construction of The Karakoram Highway. 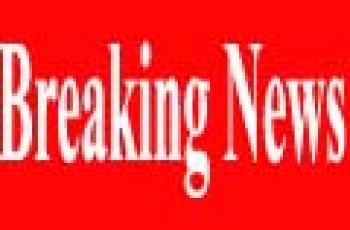 Three rocket fires in Hazara town in which at least … 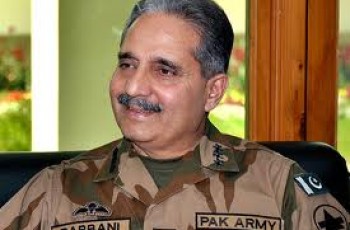