Orya Maqbool Jan in his recent column ’There is a limit of cowardice’ (Buzdilee ki bhi koi had hoti hey) has connected the series of events that has led Musharraf detention & now his rebuttal against the charges. Jan has painted the scenario that was live that time when Musharraf was about to launch operation on Lal Masjid, how different fractions in civil societies including analysts, anchors, fashion personals, and others were insisting to launch operation against Lal Masjid, and linking the inactivity of military operation as a disgrace to Pakistan’s security and government writ. On their demand Musharraf in front of journalists replied ‘If we will act, then do not mess’ and all were peacefully silent on his remarks.

Years gone when Musharraf has been tried in this case, Jan pointed the bravery and courage of the former COAS, and linked to the recent Musharraf’s plead that if he was not involved in that operation.

He further asserted that Musharraf was the one, who for several years defended the military strike on Lal Masjid. Moreover Jan calls all those people who were supporting Musharraf at that time, all has gone silent on this trial, why didn’t they come out and denounce the trial as unfair??

He further expressed his deputation in Iran after international competition.  That was a golden opportunity for Jan to make Halal & sufficient money, however he could not remain silent on the injustice & brutality against Lal Masjid & he wrote the word of truth denouncing the operation. Within two and half months he was called off from Iran & this opportunity could not stop him for the calling the word of truth.
Share
Tweet
Google+
Linkedin
Email
October 26, 2013
Prev Article
Next Article 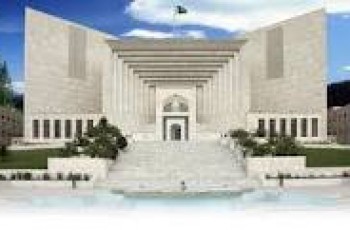 Islamabad: After the suspension of Pakistan Peoples Party (PPP) MNA …