A Shell script is a little more than a list of commands that are run in sequence. Conventionally, a shell script should start with a line as the following.

This indicates that the script should be run in the bash shell. This is very inpotant, since the syntax of different shells can vary greatly.

To find all available shells in your system type following command:
$ cat /etc/shells

This statement will echo the result of the script on command line when you run the script.

Any programming language need variable. There are two type of variable.

“These are the variables defined by the bash shell itself, we don’t need to defined

it in the script.”

“User has to define these variables.

The syntax of defining variable is as follows.

As the value of the variable is enclosed in the double quotes is it not always necessary, where you need these quotes is when your variable value includes spaces.

Some system variables are listed as follows:

This is because the shell essentially sees command line as a pile of commands and arguments that are separated by spaces. For example x=hello will consider as a variable have some value, but the problem with x = hello is the shell sees the world x, separated by spaces and interprets it as a command. Like wise the problem with x=hello world is the x=hello will considered as command which obviously does not make any sense

The value of variable will be referred by using “$” sign following the variable name, which is known as “variable expansion”

Basically variable names are expanded within double quotes, but not within single quotes. If you do not need to refer to variable, single quotes are good to use, as the result are more predictable.

Both of the examples will work same

Using Braces To protect your Variable:

Here is a potential problem situation. Suppose. You want to echo the value of the variable

This gives no output? The answer is that shell thought that we were asking for the variable xabc, which is uninitiated .The way to deal with this, is to put braces around x to separate it from the other character. The following gives the desired result.

expr is used in order evaluate any arithmetic statement .

How to Run you script:

Task to be performed:

Q1.Print this “this is my my first shell script”

My name is your name

My Operating system is Linux

I am using the bash shell.

(Hint: make use of user-defined variable, standered variable for name of operating system, and shell name.)

“Hello, (username) .I wish to list some files of yours

Listing files in the current directory.(name of your present working directory)”

variable PWD and for list of directory use ls command 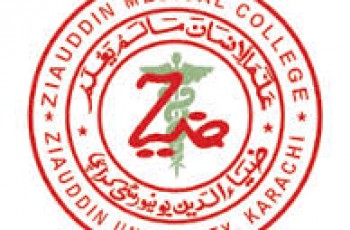 Karachi: The admissions process for Bachelors degree Physical and Diploma …