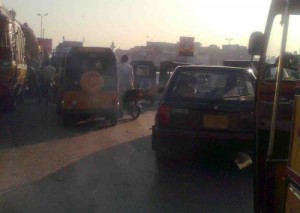 Many among the traveling karachiites shared terrible moments on 5th March 2012, where the main streets in Karachi were paralyzed and at many spots there were traffic jams, people scattered at the bus stop waiting for buses or other available transportation. Well the reason of such paralyzation is quite amusing, a democratic leader won a Senate seat and his supporters were rallying to welcome and to congratulate him.

This wasn’t happened due to bad law and order situation but amazingly the law and order controlling authorities were actually patronizing the event and blocking the traffic at many places. An important aspect is that such incidents are common in Karachi and is not specific to any one party but interestingly all democratic parties share the same attitude towards the common folk.

Still so called ‘intellectuals’ of our society are trying to convince the masses to vote in the democratic setup, knowing the fact that majority isn’t interested to vote. Anyways as for their argument it is the people who is responsible for the mess in the country, why don’t people bring a good one. However the attitude of the democratic leaders are same throughout, even the new evolving democratic groups are doing the similar treatment with the public. Paralyzing the movement of citizens is the easiest thing they can do for earning cheap fame.

Another astounding fact is the reality that some of the democratic leaders are trying to model second Caliph of Islam Hazrat Umar (R.A) in their future governance. However they have forgotten the fact the system at that time wasn’t democracy and the attitude of the Caliphs wasn’t democratic.  This was the reason that Hazrat Umar (R.A) said “ Even if, a dog dies of hunger at the bank of Nile, the ruler is responsible. “ This was the sense of responsibility and accountability in Caliphate unlike the democratic culture and leadership.

Shame to this government and their allies, it seems complete … 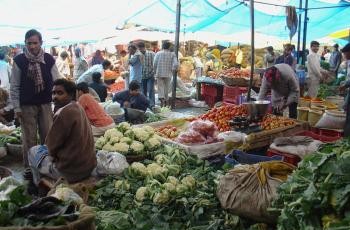 Yesterday, I went to Sunday bazaar of Gulshan e Iqbal …