Famous host Nadia Khan is once again coming to Geo Entertainment and her new show will be aired soon. Promo of new show of Nadia Khan is now a day’s airing from Geo TV. Some sources have claimed that she will host a morning show on Geo TV. However one source has also said that it is expected that this will be second season of Nadia Khan Show which aired in night timings at Geo TV.

Nadia Khan was one the most liked morning show host and many critics believed that her morning show “Nadia Khan Show” was the best among the morning shows at that time. Ratings of the show were also very high. The last Nadia Khan show which aired in night was aired on Saturday and Sunday from 10:30 PM to 12:00 AM.

In the recent past there has been news that Nadia Khan may host show from Dunya News but it didn’t happen. She was offered lucrative packages by many channels in Pakistan but no deal was struck between Nadia and any channel. 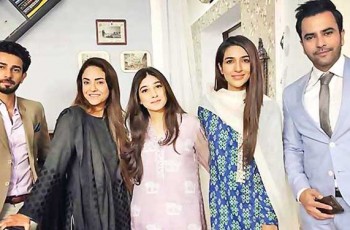 Kamzarf is a drama serial on Geo TV with a …

Lahore: A widely circulated news item on social websites and …