Back in 80s, a stream of Pathans from all over Pakistan flooded the cities with their rural poverty. Bad Pathans occupied themselves in drug dealing and extortion; good ones opened up businesses like tea cafes, or hotels. Today there are thousands of such hotels in Karachi alone, and if you have never visited a Pathan hotel, you should go NOW!

A typical urban ‘tea only’ café usually has a ‘Gulsher’ ‘Quetta’ or ‘Kakar’ attached as a prefix to the hotel’s name. What makes a pathan hotel so special is its environmental ability to tickle your brain for the entire time you stay there. Believe it or not, world’s most crucial issues are resolved at these Pathan-run tea cafes. Pressing political, economic, social, and religious issues cannot have better resolve elsewhere.

Pathan hotels are different from other cafes, hotels and restaurants in a few aspects. Other than a limited menu comprising tea and breakfast there is not much to offer. These cafes also don’t charge much for these things, as they unintentionally assume a perfectly competitive structure – once price, one product! Females almost never approach these restaurants as dine-in customers.

Hoards of returning officers, wannabe cricketers, uncles, college studs and world’s most idle creatures make way to these hotels everyday. Discussion topics at a Kakar hotel depend on the people. Gentry would talk of future aspirations, office colleagues would be putting down their bosses or the management, wannabe sportsmen would blame each other for bad performance in their last match, and soft-looking, gay like guys would be discussing love. Some would even discuss philosophy, evolution, and the mystic manner in which things and people exist, transform or end up.

Many Pathan hotels run in shifts, meaning that the staff changes two times a day. As in all cases, Pathans are hard workers. They keep wiping of food leftovers on the table every few minutes. The hotel must be cleaned before being closed, not after the hotel restarts after a 6 hour deep night break. You can also ask the little pathans waiter to fetch things you need while you waste your next few hours.
Pathan hotels have indeed become a means of mind rejuvenation and relaxation for a common man in Pakistan. If you are not crazy about being busy all the time, this is definitely one nice escape!

By Faisal Arshad. Faisal has done MBA from Karachi University Business School specialising in Banking & Finance. He has active interest and writings related to social, educational, political and economic issues in Pakistan. 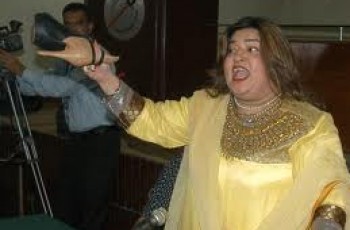 Last night I was reading a story named “The Land where …