Islamabad: Famous Religious Scholar Mufti Muhammad Taqi Usmani has given fatwa that according to religious teachings; Pakistan army should not aid the non-Muslims in any kind of terror attack in the Muslim countries. He also said that it is not permissible for the leaders to engage in discarding agreements for the well being of the financial conditions of the country.

Mufti Muhammad Taqi Usmani issued the fatwa on a question sent to the clergy by lieutenant general Shahid Aziz. General Shahid Aziz (Rtd) said that Pakistan has been assisting the US for past several 13 years in war against terrorism. In this war, it has been involved in helping the States in forming their base in Afghanistan.

As a result of this war, hundreds and thousands of male, female and children have been killed and injured in the two countries. With their strong military base, Americans have forcefully established their forces in Afghanistan. The retired general wanted to know the views of mufti in this regard.

General questioned that the religious commandments direct Muslims to refrain from helping non-Muslims in such activities. If the government defies by the commandment, instead carry on with their activities then what should the Pakistani Muslims do on such a condition?

In reply to the question, the mufti said that the Muslims then should adopt all the possible ways to discouraging the government’s procession. They are open to rebel against the rulers, he said.

After fatwa, the general said that implementative actions would be taken considering the fatwa by the Pak army forces. Even, after hefty donations by the US, we lag behind in the economic level of the other countries. Hence, the need of the hour is to get rid of the agreement. After Pakistan got involved in aiding killings in Muslim countries, it failed to maintain peace with in the territory and began dark period for Pakistan which continues up till. 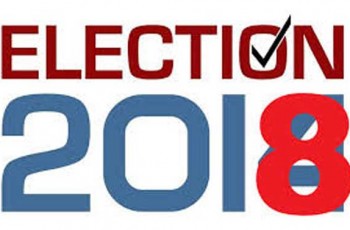 Lahore: Only some counted months remain for the next term …