Political Talk Shows are quite popular among the Pakistani viewers. Many shows are aired several times a week and thus the journalists or anchors hosting these shows gain a lot of exposure. One of the most popular names among these is Mubasher Lucman who hosts the program Khara Sach on ARY news. His twitter account is twitter.com/MubasherLucman.

Mubasher Lucman has numerous followers on Twitter where he is quite active, sharing his views and predictions regarding the current events of Pakistan. There are several fake accounts under his name as well so watch out. Mubasher Lucman does not have an official Facebook account but fakes exist that try to spread false statements under his name.

Mubasher Lucman is well known for his aggressive style of speaking. As is evident from his program name Khara Sach, he is not afraid of speaking harsh truths regarding various issues and does so with a lot of courage and attitude. He has brought to light many controversial issues and highlighted many corrupt practices on his program including a harsh campaign against the Geo network who he terms as foreign funded and spreading falsehoods.

Mubasher Lucman has himself been a part of controversies when a video of him having an off-air conversation with real estate tycoon Malik Riaz was leaked to the public. As a result he was fired from the channel Dunya News and had to leave the country for fear of political prosecution. He has since returned and joined ARY news where he is hosting his show. 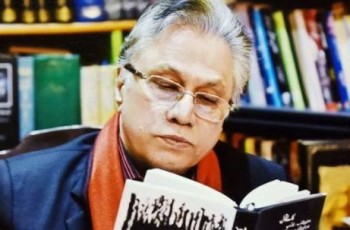 Hassan Nisar is a Pakistani writer, journalist, columnist and news … 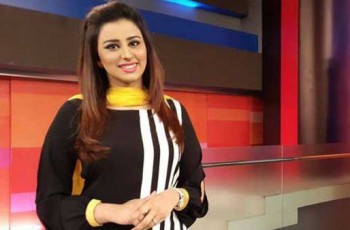 Madiha Naqvi is currently hosting the Ramazan Transmission of Samaa …