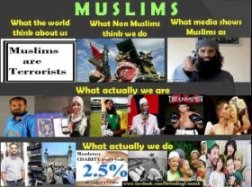 The Muslims around the world have witnessed unbearable loss in terms of dignity, supremacy and respect across the globe from the last one century or so. We have faced hefty economic, ruling, educational, moral and social loss. The biggest defeat that we still face after the demolition of Caliphate in 1924 is the intellectual decline that has dominated our minds and hearts since the abolition of Caliphate that was believed as the shield of Ummah.

If we speak on materialistc grounds, the loss is not that huge as it can be gained over again through uncomplicated efforts, but the thing that matters most is the intellectual revival that will lead us to ultimate glory.

The sense of inferiority in the Muslim Ummah spread like a wildfire after World War 1 when we lost the Ottoman Caliphate which created confusion and disorder in the roots of Muslims. The Muslims began thinking if they follow Islam as a complete code of life, they would be left far behind the World competition of Science, Technology and prosperity. They found no hitch in adopting Western concepts of Secularism, Civil government, Democracy and believed the freedoms provided by the Capitalist notion as their only route to survival and revival.

Meanwhile, the Western world began its propaganda campaign against the Muslims, using their intellect, taking advantage from the rational decline of the Muslims. They spoke openly against the Muslims declaring them Militants, terrorists and extremists. Burning Quran and making fun of our beloved Prophet Muhammad Salallaho Aliyhe Wa’Aalihe Wasallam.

The West started slaughtering Muslims on a broader level, resulting in the genocide of Muslims of Bosnia, Kashmir, India, Burma and others. They invaded Iraq and Afghanistan, in other words waging an indirect war against the Muslims in the name of War Against Terror.

The Western media tagged Muslims as an uneducated, theocratic and utopian nation. They spread terrorism in actual but declared Muslims as the real culprits.

However, Allah Subhana wahu Taala has kept infinite blessings in this Ummah and that is just because despite of severe injustice and exploitation against the Muslims, the Muslims managed to create wonders, astonishing the West. They produced scholars like Taqi uddin Nabhani, Syed Qutb, Hasan ul Banna, Maududi, Allama Iqbal, Dr. Israr Ahmed so on and so forth. Martyrs like Sheikh Mustapha Al Majzoub, Rashid Minhas in specific and martyr Muslims of Kashmir, Iraq, Afghanistan, Syria in general.

All we need is the unification of thougts and bodies of Muslims, the re-establishment of Rightly Guided Caliphate State on the method of Prophethood, otherwise Muslim Ummah has still everything under its belt which makes any Nation strong and the only power in the world.

Firstly Governor Salman Taseer was killed for speaking against ongoing … 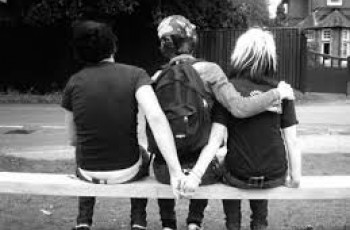 Karachi: It is said that love is a passion or …