Prophet Muhammad (PBUH) emphasized on performing Namaz collectively in Jamaat, but do you know the method to perform Namaz in congregation at home with your family members?

One of the basic requirements of Jamaat is that the prayer should be led by a male person because women can only lead prayers for women and not for men. So if there are men present at home whether he is a mature husband, brother, uncle or a son he should lead the prayer.

There are also narrations which explain how Prophet (PBUH) led the prayer in home where men and women both were present. Anas ibn Maalik said that he prayed behind the Messenger (PBUH) and with him was his grandmother and an orphan. He said: The orphan and I stood in a row behind him, and the old woman stood behind us. (Muslim 658)

Scholars also prohibited the standing of man and woman together if they are the only ones praying together, and said that woman should make a row behind the man.

The prohibition of women leading the prayers is valid only if the congregation consists of men or it is Jummah otherwise for women it is allowed to lead prayer for a gathering of women.

According to scholars, it is mustahab (recommended or praised) for women to pray together. So if in a gathering or in house women are present then it is preferred that they should pray together in congregation while one leads them. 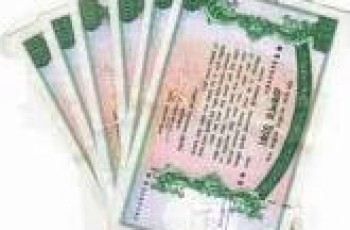 Next lucky draw of 200 rupees prize bond will be …