Urdu 1 will soon show a new drama serial by the name of ‘Mere Humdum Mere Dost’. The drama serial is by Momina Duraid, which is enough credit for the drama serial, knowing the talent and creativity in Momina Duraid’s productions. The serial will be based on a novel, which focuses on marital relationship of a woman. The story has been written by Farhat Ishtiaq and direction is by Shehzad Kashmiri.

Momina Duraid is a TV producer, script writer, lyricist and the director from Pakistan. She is also the CEO of Moomal Production, which is a production house of Hum TV. Momina Duraid graduated from LUMS and was recognized immediately for her talent from her first serial, ‘Mere Paas Paas’. Lux Style Awards deemed her serial, ‘Ishq Junnon Deewangi’ as teh best TV serial on Satellite. The second Annual Pakistan Media Awards awarded the best drama award to her serial ‘Dastaan’ . she has received 3 Hum Awards in 2013. Her husband, Duraid Qureshi is the CEO of Hum Network Limited.

The promo for the serial has been launched and has already captivated the audience. The promo shows a glimpse of famous actors such as Adnan Siddiqui and Shakeel. Viwers wait keenly for this serial. Lets see how this serial scores among the drama productions. 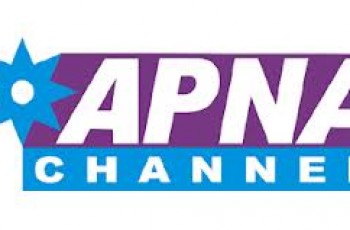 Apna Network has finalized its arrangements to launch its first …

Karachi: From the past several weeks, a buzz has been …