Famous Female anchor of Samaa Tv is no more on Samaa TV. She was fired by Samaa TV. This is not much confirmed that either she left or she fired. Mehar Bukhari, who was running show with the name “News Beat With Meher Bokhari” which has got wide popularity in TV viewers.

Some reasons came in media market about this news are as follows:

She left Samaa as Channel was not giving her desire salary

She got better offer from another channel

She fired due to Salman Taseer case. Many people say that she is one of the media person because of whom Salman Taseer’s Blasphemy issue became media News.

Other than all this, she don’t need to fear as she has very huge viewership market in Pakistan. We also heard that she may join Express TV or AAJ TV.

Last year we also heard her scandal about a dance party in US Embassy. Lots of websites & blogs have published those pictures while many people forward those pictures as email attachment. In those pictures few other media anchors was also presented i.e, Shaukat Paracha, Asma Shirazi, Saima Mohsin. You can easily search those pictures on Internet.

For More Media Updates In Pakistan Join us on 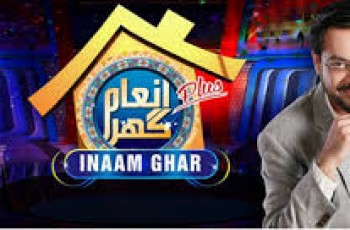 The competition between private TV channels is getting tougher and …

Sharmeen Obaid Chinoy was recognized at the international platform and …