ISLAMABAD: Leaders of religious parties agreed upon the establishment of executive committee for the constitution of agenda to protect the freedom, integrity, solidarity and strategic assets under the centre for discussion and solutions. A strategy will be formulated for the protection of basis of ideology and the wisdom guide for masses. Meanwhile the religious leaders hinted at the immediate restoration of Mutahida Majlis Amal (MMA).

Qazi Hussain Ahmad said that centre for discussions and solutions is a forum beyond political affiliations, and people from every school of thought will be invited to discuss different issues to unite the public on a single point agenda.

Qazi Hussain Ahmed said that leaders of religious parties agreed upon the establishment of executive committee for the constitution of agenda to protect the freedom, integrity, solidarity and strategic assets of the country. Replying to a question regarding the restoration of MMA he said that all parties accepted the need of MMA but the final decision would be taken in meeting of chiefs of all parties. He said that the meeting for restoration of MMA would be called after consulting with chiefs of all parties.

Islamabad: A five star hotel, some important installations done by … 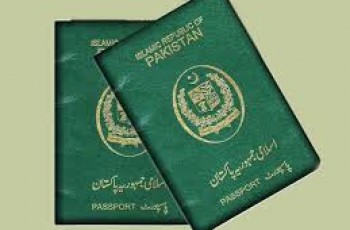 Islamabad: Pakistan’s foreign ministry has stated to the Supreme Court …