Malik Riaz Hussain, founder and chairman of Bahria Town Group, is considered one of Pakistan’s richest men. But do you know how an ordinary clerk became the most successful business man in Pakistan? This biography will reveal the story of his success and details about his family.

Malik Riaz was born on February 8, 1954 in the federal capital Islamabad. He was born in a wealthy family which belonged from Sialkot; his father was a wealthy contractor but soon things changed as the family business collapsed due to heavy losses.

The young Malik Riaz was forced to face this new reality and at a young age, with only matric qualifications he started working as a clerk for Military Engineering Service (MES).

He narrated his difficult life style during that period in multiple occasions which includes selling kitchenware for treatment of his daughter. He also did many odd jobs such as paving roads and painting houses for earnings.

He is married to a woman named Beena Riaz (also spelled Bina), she is his second wife as first wife of Mr. Malik Riaz died during the period when he was not a successful businessmen.

His son Ali Riaz Malik was born in 1978 is currently the CEO of Bahria Town Group and accompanies his father in all projects. His daughter Amber Shehzad is the Director of Donations Program at Bahria Town.

Malik Riaz Hussain had no educational qualifications other than his matric certificate but he was gifted with a sharp mind which he used to change his financial position. According to report by BBC Urdu things started to change in 1990’s when after failures of different governments he found a business ally in the form of military.

He shared suggestions with different people in the army and started real estate projects sharing profits with them. He established Hussain Global which in 1996 signed agreement with Bahria Foundation (headed by the chief of the naval staff) to establish Bahria Town.

Though later Bahria Foundation withdrew from the project but Malik Riaz emerged as a prominent real estate development company. He is also known for his relations with political figures including Asif Ali Zardari, Nawaz Sharif and other national leaders.

His net worth is estimated to be more than $1.5 billion and is considered among the top 10 richest persons in Pakistan.

More than 150,000 people are provided free meals daily through 6 Bahria Dastarkhwan which they aim to increase by opening 12 more outlets. In Pakistan Institute of Cardiology he funds surgeries of patients and contributes for repair and maintenance of dialysis machines for different hospitals.

He is also involved in multiple educational projects including Dr. A. Q. Khan College which he established in Rawalpindi in 1997. A university block in Bahawalpur University is also being constructed by funds of Bahria Town Group.

Metro cash and carry Ramzan discount offers. This offer is … 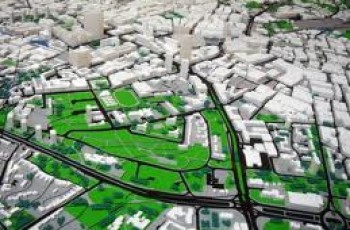 Ambitious housing projects such as DHA City Karachi are looking …