Lux Style Award 2011 which was held in Expo Centre Karachi on 17th September, 2011. Now this award will be on air from Geo Entertainment on 20th November (Sunday) at 8 PM Pakistan Standard Time (PST).

Today, I saw an interesting advertisement regarding upcoming news channel. … 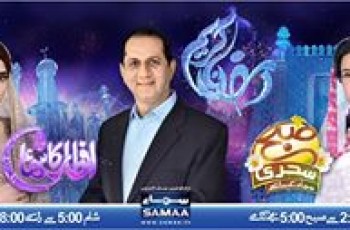 Samaa TV has hired Bilal Qutab to host their live …