LHC bench comprising of Justice Sagheer Ahmed heard the appeals on Monday, filed by the convicted accused, stating that the military court did not provide them the copies of decision.

LHC after receiving the GHQ stance in this regard has directed to the counsels for accused persons to submit their reply.

Deputy Attorney General appeared before the court and stated that according to army rules the copies of decision cannot be provided to the accused persons.

After the reply of GHQ the court directed to the counsels for applicants that they should submit their reply in this regard.

It is worth mentioning here that during last month of August 2011, Field Marshal Court headed by a Brigadier announced the death sentence to the former troop of Medical corpse Aqeel Ahmed alias Dr. Usman, life imprisonment to Imran Siddique, Muhammd Usman, khalique-ur-Rehman, and Wajid Ali; whereas the military court awarded the seven and eight years imprisonment to Tahir Shafique and Muhammad Adnan respectively.

There was an allegation on these accused that they were aware of the attack on GHQ building and were the facilitator to main accused Aqeel Ahmed.

It is worth mentioning here that on October 10, 2010 attack on GHQ claimed 11 lives of troops and 09 militants also were killed in counter attack of Army. The main accuse Aqeel Ahmed alias Dr. usman was arrested when he injured in counter attack. The military court heard case for five months and awarded the sentence to the accused persons. 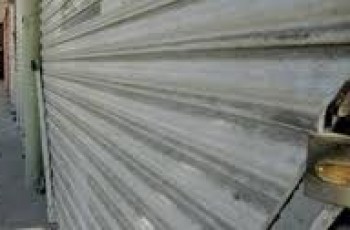 Karachi: Some unidentified armed men shot dead the son of …