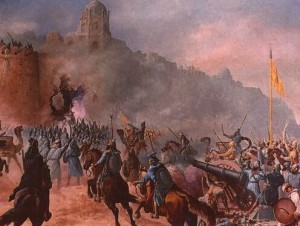 Generally all of us are aware of the name of the great 17-year-old General of Islam Muhammad Bin Qasim. However, in this article I am not going to talk about how he stood to the face of evil in Sindh and brought the light of Islam, but I will share the aspect of owning responsibilities as per the discipline of Islam. It is not a hidden secret how Muhammad Bin Qasim was put to death bed because of political dislike by the man in charge of the Central Office of Caliphate ran by Suleman

When Muhammad Bin Qasim arrived to the soil of Sindh he had 10,000 of non-regular army (as regular Muslim armies were already engaged in two different battle grounds). At the time of success, he was General of over one lac swords (mostly people of Sindh either new Muslims or non-Muslims). This was the time, when Suleman became the new ruler of Muslim world after the death of his brother Waleed. Suleman ordered immediate summon of Muhammad Bin Qasim due to his fears on political grounds. He sent twelve people to bring Muhammad bin Qasim when over 1 lac swords were ready to die for the great General of Islam.

[junkie-alert style=”white”] At that time Muhammad Bin Qasim wrote the message of discipline with his own blood by following orders of Central leadership. [/junkie-alert]

It was right there where Muhammad Bin Qasim told us with his blood and piety that in Islam there is no space of disintegrity such as National States. It was offered to Muhammad Bin Qasim even by the people who were making arrests to stay back here in Sindh but Muhammad Bin Qasim denied by siding with unity from Central Office of Islam, Caliphate. This story enlightens us further to understand following saying of Prophet Muhammad (PBUH)

It has been narrated on the authority of Ibn’Umar that the Holy Prophet (may peace be upon him) said:

Further, in the following saying Prophet Muhammad SAW defines the valid and only attested form of ruling for Muslims.

The children of Israel were ruled over by their Prophets. Whenever a Prophet died another Prophet succeeded him. But there will be no Prophet after me. There will be Khulafa’ and they will number many.” They asked: ‘what then do you order us?’ He said: ‘Fulfil the Bay’ah to them, one after the other and give them their dues, for Allah will verily account them about what he entrusted them with.’” [Sahih Bukhari 3455 and Sahih Muslim 4750]

In the light of above saying of Prophet Muhammad SAW we can understand why Muhammad Bin Qasim sacrificed his life for the sake of Central Office of Caliphate. He had an option to create another separate government in Sindh but he opted not to do that even at the cost of his own blood. Some may comment, that Islam lost a great General of Islam, but others would say no the blood of Muhammad Bin Qasim has given us a lesson of unity and discipline. Now its up to the Muslims to realize Islam from its merits by returning back to the Central Office of Caliphate and by not obeying the commands which are against Islam from ruling other than Caliphate.

The writer of this article is Muhammad Atif Qureshi from Karachi. 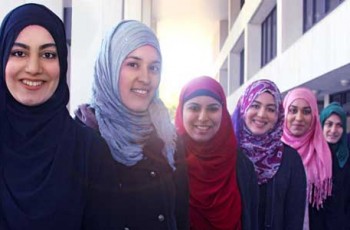 A twitter user Minahil shared her story that how she …