Another Bollywood venture by the name of ‘Lekar Hum Deewana Dil’ is all set to be released on 4th July in cinemas all across Pakistan. The movie is a romantic drama which has been directed by Arif Ali. Arif Ali will be making his debut in direction through this movie. The movie stars Nikita Dutta, Armaan Jain and Deeksha Seth. The movie has been produced in collaboration with Eros International and Illuminati Films which has been run by Saif Ali Khan, Dinesh Vijan and Sunil Lulla.

The music of the movie has been done by A.R Rehman. Arif Ali will be coming into the field of direction through this movie. This movie is a love story about Dinesh played by Armaan Jain, Karishma Shetty, played by Deeksha Seth. Dinesh is a lively happy go lucky type of character that does things without thinking and gets into trouble. Deeksha is a character with less or no makeup and with simple hairstyles. The movie released its trailer in May which became the top most viewed video on YouTube.

The release of the movie in the month of Ramazan has been criticized by people of Pakistan. The people are demanding that all cinemas should remain close during the Holy month of Ramazan and that the media groups should respect the sanctity of Ramazan. 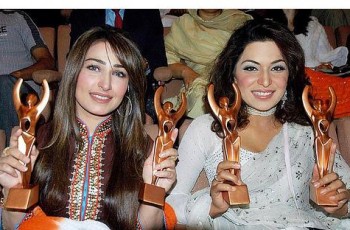