Many people are unaware that Pakistan also has its own island and they are numerous. The largest island in Pakistan is the Astola Island but there are many other smaller islands.

In the local Balochi language the island is called Jezira Haft Talar which means island of the Seven Hills. This name comes from the seven hills of the island which give it a unique shape and structure.

It is spread over an area of 15sq km which makes it the largest island in Pakistani territory, but due to the rough climate and no water source it is not inhabited by people.

The only human structure on the island is a lighthouse constructed by Pakistani government for the safety of passing vessels and a small mosque dedicated to a Sufi and saint Pir Khawaja Khizr which is used by members of fishing boat. There are remains of ancient structure which many people believe to be of a Hindu Temple.

Astola Island is located in Arabian Sea on approximately 39 kilometers from Pasni, which is a small fishing port city in Balochistan. Administratively the islands falls under the jurisdiction of Gwadar District and can be accessed through Makran Coastal Highway and then through boat.

From Karachi you can reach Pasni in 7 hours and it takes almost 3 hours to reach Astola Island from Pasni, using fishing boat which can be easily hired in Pasni.

In recent years it emerged as a tourist destination with people from as far as Karachi coming to enjoy their weekend on this lonely island. The picturesque island with vast Arabian Sea, beautifully shaped hills and clean beach is something which is tourists find attractive.

The hiking to the top of the island can be difficult but the view of the mighty Arabian Sea from the top is something which no one wants to miss while travelling Astola Island.

On the South side of the island there are no beaches because the hills have no gradual slopes like the other side rather it have cliff like drop which gives it a unique view from the top.

Many believe it is the island which in 325 BC came on Alexander’s fleet journey during Indian campaign. It is due to the quote of Admiral Nearchus who described an anchored type island who he claimed was inhabited by fish eaters. This view is supported by the fact that many believe the word ‘Makran’ evolved from Persian words ‘mahi khoran’ which also means fish eaters.

Other refute this by claiming the inhospitable condition of the island which means it was never a suitable place for the fishing community who still prefer Pasni due to better water availability and connectivity with other parts of the province. 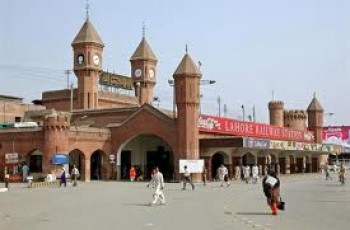 Karachi: Pakistan Railway has announced to restart the Night Coach …

Islamabad: Pakistan Tehreek-e-Insaf (PTI) Chairman said that the COAS should …