Kumar Sangakkara is a Sri Lankan international cricketer and a former captain of the Sri Lankan national team. He has been recognized as the best batsman to have played from the Sri Lankan side. He is a top-order batsman and has also played as a wicket keeper. He was fortunate to be part of his team, when they won the 2014 World T20 and was able to take his team to the finals of the 2007 and the 2011 World Cup.

Sangakkara can be followed at his twitter account, twitter.com/KumarSanga2, and his official webpage, kumarsangakkara.lk. He is an interesting player to be followed owing to his skill and prowess in the cricketing g field. Sangakkara captained the team from 2009 to 2011. He was named the ODI cricketer of the year at the ICC awards ceremony in 2011 and was also recognized as one of the Wisden cricketers of the year.

Sangakkara gave the 2011 MCC spirit of cricket Cowdrey Lecture which was gained global appreciation as he was the youngest person and the first current international player to give that lecture. He was thus appreciated by the cricketing community for his outspoken nature. In 2012 he successfully completed 10000 test match runs in 195 innings to become the fastest batsman to get to those runs.

Lahore: National Cricket Selection Committee (NCSC) has shown up a … 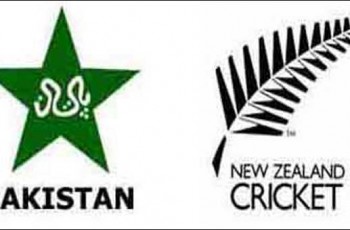 The Black caps officially tweeted stating that they were waiting …