Javed Chaudhry is a famous TV anchor and a famous columnist writer; he is hosting the program “Kal Tak” at Express News TV.

Few days back when Javed Choudry and other media anchors were going 180 degree against the public sentiments on the issue of Salman Taseer’s controversial statements that resulted in his murder, Javed Chaudry simply displayed an emotional stand rather staying at his stance with reasons he backed off. On the day of murder of Salman Taseer, people are in huge numbers accusing Javed Chaudry for supporting Salman Taseer’s personality and even there were messages on his posts like he had done the worst program ever done that day.

Javed Chaudry’s comments about Salman Taseer on his official face book page reads “Inna Lillahe Wa Inna Elehe Rajeoon. Salman Taseer was honest with his sayings and used to talk directly to other. Do you agree with his quality of straight forwardness?”

But the reaction of public was very strange and bold that actually dismantled the emotions of Mr Javed Chaudry. After analyzing the public emotions Mr Javed Chaudry not only became disappointed but also he expressed his emotional anger. His public message on his page exclaims “I think we are losing tolerance in our society ………… and people like me are helpless and I am ashamed on it.”

Then even after the public reaction was severe, then he tried to convince public on his point of supporting Salman Taseer by writing an article “Ummati Koi Nahi”. The reasons provided in this article to support Salman Taseer was Prophet’s actions of pardoning and mercy. But on the other hand he forgot and neglected the complete Seerah, and Islamic opinions on the same. He was insisting for tolerance, and a new controversy began against him in the same article. Then onwards he got so reactionary that he expressed publically that he should quit writing.

Then after on public was trapped in his emotional game, and majority insisted him to keep on with writing and due to other political divergences blurred the issue. Then finally he considered the public opinion and asked them regarding the philosophy of “Ishq e Nabi”. So our so called intellectuals and thinkers of society are that much reactionary, isn’t it amazing?

Here expressing a sincere message for Javed Chaudry, this is not a fake scandal sir or whatever rubbish people are making against you at internet with tags “Javed Choudhry Scandal”, neither these are comments like “Javed Chaudhry exposed” we do condemn that, but these are facts so please this is our request: “make your opinions strong on correct basis, rather being emotional and reactionary.” 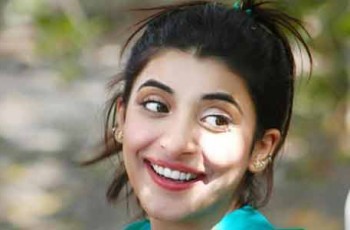 Urwa Hocane is among the emerging talent of Pakistan media … 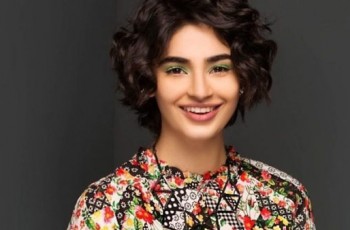 Saheefa Jabbar Khattak is a Pakistani model and actress who …