Lahore: The Jamaat-e-Islami Secretary General, Liaqat Baloch, has said that the JI mass contact campaign was in full swing as the party was seeking  public support for steering the country out of the current crises and for solving the problems of the masses. Talking to different delegations at Mansoora on Wednesday, he said that the JI would hold three major programmes during December in connection with its mass contact, public meetings at Rawalpindi and Peshawar on December 11 and December 18, and a grand sit in Lahore on December 25.

Liaqat Baloch was sure that the JI alone could steer the country out of the present crises. He urged the masses to reject the corrupt rulers and adventurers in the next elections and allow the JI to serve them. He assured the people that the JI on coming to power, would solve the problems of price spiral, unemployment, lawlessness etc. by establishing the rule of the constitution and the law.

He noted that the JI election manifesto guaranteed progress and prosperity. The JI would eradicate exploitation and injustice; recover the looted wealth from the plunderers. The prices of necessary item would be brought down by 30 per cent, load shedding would be ended, and residential plots would be provided to the homeless with interest free loans for building homes.

Liaqat Baloch said that corruption was the root causes of the present mess in the country. The rulers were corrupt from head to the feet and had plundered billions of the public money and transferring to their foreign bank accounts while the masses had been thrown into the den of poverty.

He said the JI would enforce a strict accountability system to recover the public money from the thieves, extortionists and profiteers and this money would be spent on public welfare and national development. The JI, he said, would also introduce a uniform education system in which the children of the rich and the poor would get the same education and the door of higher education would be opened to the poor students. In order to overcome price hike,. The JI government would abolish the GST and Cut down the electricity tariff and wave all the taxes imposed on utilities bills. 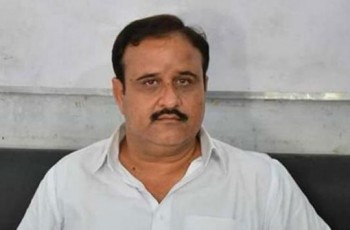 Sardar Usman Buzdar become the Chief Minister of Punjab after …