Allah has revealed a whole system that not just decides what the punishment for a crime should be, but also provides a system that discourages the crime from occurring in the first place. However, since Pakistan has not a proper Islamic system, an unnecessary debate has erupted in our society

Democracy says, forget Allah, and let the parliament decide. After all, democracy says parliament is supreme! So instead of referring to what Islam says, the parliamentarians act as God and debate over what should be the law of the land. They completely ignore the fact that Allah’s orders are not for debate, rather they are for implementation.

Can we recall any single incident where Rasool Allah (saw) or his companions debated over a law, after Allah had revealed His verdict regarding it? Obviously not. Because they knew that worshipping Allah mandates unconditional obedience to Him. They well understood the verse:

Moreover, they also knew that there can be no law better than what Allah revealed, as He is the all knowing. So they collectively lived by His laws and ensured its implementation

Today, we must reject this system of Democracy, which puts parliamentarians above Allah, and which makes implementation of the laws of Allah conditional to the permission of the Parliament.

We must reject this system that prevents us from living by the laws of Allah and forces us to obey the parliamentarians instead. We must follow Rasool Allah (saw) and his companions, and implement Islam, not just in matters of punishment, but also in education, media, economics etc

About Author: Waqas Muslim is a teacher by profession and freelance writer from Karachi, Pakistan who loves to share thoughts with words.

Haryana: A woman in Haryana, Indian has given birth to … 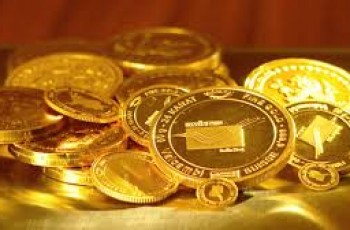 Gold prices have been decreasing gradually in Pakistan since a …