Internet in Pakistan has been available since the early 1990s, with the first dial up email service by ImranNet in 1992, followed by image based Internet by PTCL supported by Apollo Telecom, under the visionary leadership of Mr. Shujaat Azeem. Information and communications technology (ICT) is one of the fastest growing industries in the country. In 2001 just 1.3% of the population used the Internet, however by 2016,18.8% of the Pakistani population had  internet services. The percentage of total internet users may be significant higher. Internet is now not just a tool for information but also serves social and business needs of our population.

It is very difficult to imagine how any business could operate during these time without the use of the internet. The development of the internet has significantly altered the day to day operations of a business; including how they communicate with each other and their audience. Information can be easily transmitted to any destination in a matter of seconds.

The internet has become an essential tool for marketing and advertising. A business can present itself to customers with the use of a website or online advertisements. Many businesses now use the internet as a means of making customers aware of their current promotions. This can be very beneficial to businesses that are targeting a younger audience as well because most of Pakistanis internet users belong to this target segment.

In today’s time creating the right image is very important to any business wishing to be a success. The internet can aid a business in achieving a feasible image and perception for its target audience. By having an effective website they can create the perfect web existence.

Many businesses now also use social networking as a means of making themselves known to their target audience.

Communication and interaction with customers is the backbone of business practices. The internet has ensured a two way dialogue with customers either through email or instant messaging. Internet telephony such as Skype is now a popular method of communication and is used frequently by businesses in order to conduct virtual meetings with both customers and other businesses. The use of the internet also makes it easier for businesses to deliver messages to people working within the organization.The internet has simplified the way in which businesses collects and records information as well.

Marketing and advertising products and direct sales through the internet are becoming extremely popular in Pakistan. There are a multitude of businesses that run through Facebook and websites. While, challenges of payment methods, hacking, slow and speed interruptions, copy right issues and limited reach of population still need to be addressed, internet in Pakistan has become something Pakistan cannot do without and a vital link both for our internal and external business and communication.

In order to provide customer with greater control and security … 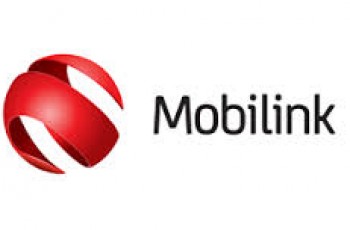 The process of mobile SIM re-verification has revealed interesting statistics …