Hajj is a great blessing of Allah which unites muslims from all over the world. People from all walks of life come to Makkah on this great occasion as equals to perform the Hajj rituals and wash away their sins. Indian film actor, writer and director Kader Khan joined these ranks this year when he reached Makkah to perform Hajj.

Kader Khan is considered as one of the legends of Indian cinema having worked in more than 300 films in Hindi and Urdu since 1973. He has also worked as a  writer, writing the scripts for around 250 movies and is a veteran of the Indian film industry. Kader Khan, who is ethnically a Pashtun born in Kabul, made his debut in 1973 with the film Daag and has alos received numerous awards for his work.

Kader Khan reached Makkah with his two sons and a daughter-in-law. He was received by members of the Indian Consul General in Makkah and was a welcomed warmly by all the people at the place where he was staying who recognized him immediately and congratulated him as well. Kader Khan had recently expressed regret at spending his whole life working in films and is now devoting his time to the propagation of Islamic principles.

Coke Studio Season 10 is ready to be launched on … 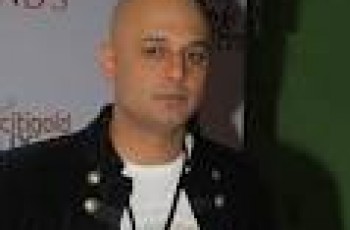