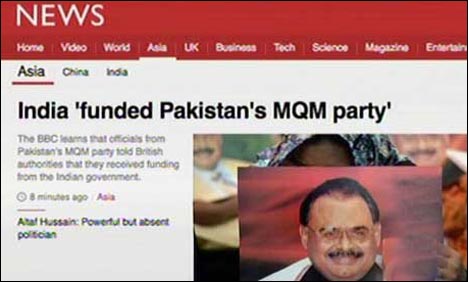 LONDON: The British Broadcasting Corporation (BBC) has claimed that India has kept helping Muttahida Qaumi Movement (MQM), adding that two senior leaders of MQM in London have confessed the claims made by BBC.

The British Broadcasting Corporation has also said that both the MQM leaders confessed that in 2012 during investigation by the British police whereas explosive material and a list of weapons were recovered during a raid in June 2013.

BBC also disclosed that the list recovered during the raid shows that the weapons and money had to be used in Karachi. It is pertinent to mention here that that raid was made at the house of an MQM leader in June 2013.

The MQM leader Wasi jalil from London tweeted on twitter that the story of BBC is a table story and we have been facing such allegations from 1992. 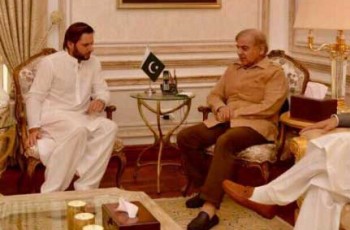 Prime Minister Syed Yousaf Raza Gilani has said that there …