Today, Raymond Davis case is a burning issue. Raymond Davis gunned two people down in Lahore. As he targeted motorcyclists from his car’s wind screen, shows that he was a professional shooter. After his arrest, US started exertions for his diplomatic immunity. US government is continuously pressurizing Pakistan to release Davis and declaring him its diplomat whereas all the evidences still prove him a US agent and a terrorist. After his arrest, a series of US drone attacks in Pakistani areas have stopped. This state of affairs shows that America is playing a very dangerous game in Pakistan. In days of Pervaiz Musharraf, many US agents entered Pakistan who are still damaging Pakistan a lot and Raymond Davis is one of them.

In the present situation, the role of Pakistani government is very important because on the one hand Pakistani opposition parties are protesting against US interference and demanding execution of Davis, on the other hand US is threatening the government! Ex-foreign minister Makhdoom Shah Mahmood Qureshi disclosed the secret of Davis case. According to him, Davis is not a diplomat and he has not got a diplomatic immunity. Perhaps due to these remarks, PPP government snatched ministry from him. It is appreciable that Mr. Qureshi is still committed on his remarks.

It is said that “think twice before you speak”, so why doesn’t US government recall its behavior with Pakistani people before demanding the release of Davis? An ex-ambassador from Pakistan, Muhammad Younis Qureshi who was returning home from New York consulate was abducted by FBI officials without any crimes. Also he was detained for 33 days though he had got a diplomatic immunity and the stamp on his VISA clearly showed that he had a diplomatic VISA. Not only FBI officials forced him to work for them but also threatened him after his refusal. Also Dr. Afia’s case is in front of us. She was innocent but US government convicted her of holding a gun not fire to US soldiers. It is a great pity that Pakistani government never took any steps against US government! Why this is so injustice with Pakistani people? Are US nationals more virtuous and noble? Do only they have human rights in the world? Are just they human? This is completely a racial discrimination!

As Raymond Davis misbehaved with Pakistani investigators during investigation, this shows his vandalism because of US support. At this moment, Pakistani media, political parties, law enforcement agencies and all those who think of Pakistan their mother, should perform their role in a better way because this is a challenging time which we have to face. This is the time when Pakistan can force US to kneel down. Also law enforcement agencies should cooperate and support the families who lost their dears by Davis and a car belonging to US consulate. This is the time for unity of a nation and a great leadership. The PPP government should take care of the emotions of Pakistani people and try not to release Davis but this case should constantly remain in hands of the court. Apart from this, the government should reject the pressure from US government and take no care of aid by US or its allies because according to Pakistani economists Pakistan can grow herself and China is a sincere friend of Pakistan who is always present to assist Pakistan. Besides, Pakistani nation will surely accompany with the government if it takes steps in national interests! Also the government, in this way, can turn the way of revolutionary wind which has blown from African and Arab regions! 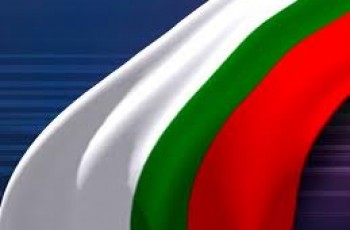 Karachi: Muttahida Qaumi Movement (MQM) may quit its alliance with … 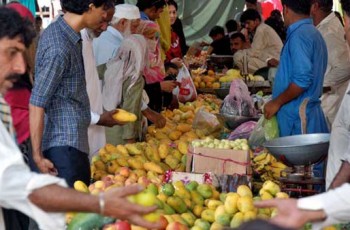 Ramadan is just few days away and the prices of …