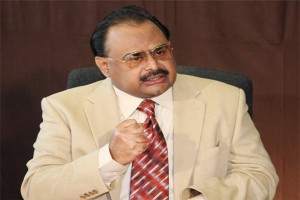 LONDON: The chief of Muttahida Qaumi Movement (MQM) Altaf Hussain has said that Tahirul Qadri and Imran Khan should show sensibility and patience and resume the negotiations immediately in accordance with ‘’Give and Take’’ rule.

In a statement issued from London, he has said that the protesting parties should realize the difficulties being faced by the government and the government should also consider the demands of PTI and PAT seriously because the demands of both the parties are the reflection of public’s thoughts.

He told the details of the demands for instance; those constituencies where riggings in the election had taken place and the parties had the proofs and witnesses, the votes should again be counted there. He added that those police constables, who fired at PAT’s males and females in Model Town, Lahore at the center of Allama Tahirul Qadri, should immediately be arrested.

Altaf Hussain said that the representatives of government and like-minded parties should avoid making allegations on Pakistan Army and ISI during the joint sessions because not only these allegations damaged the sanctity of the institutions but also such allegations provided opportunities to the enemies to laugh and be happy.

Altaf Hussain said that those members who addressed the joint session of the parliament should avoid using bad language. He added that giving strength to a common man, ending of the feudal and ancestral system, the money looted from the country to bring back, enforcing the local bodies system in every part of the country, constituting new provinces, same education system to be enforced in the country, giving rights to women, ending the child labor, giving rights to farmers and labors, modern technologies to be used in better treatment at hospitals, making the court system easy and accessible in order to gain justice were the demands which no one could reject. 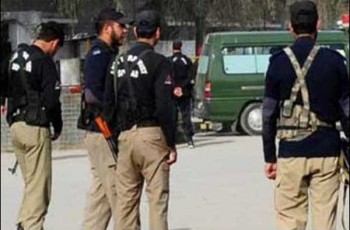 LAHORE: Lahore police have prepared a security plan in view …