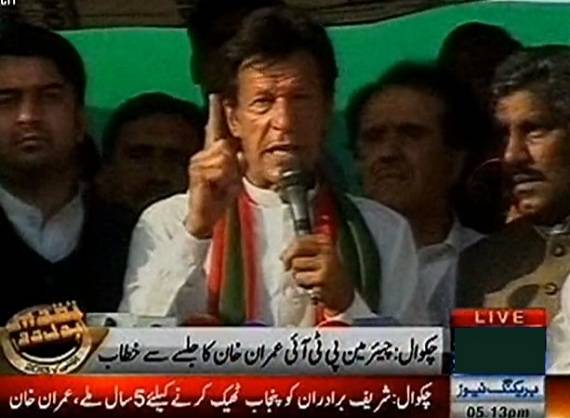 Pakistan Tehreek-e-Insaf chairman Imran Khan in a recent Jalsa mistakenly demanded vote for Pakistan Muslim League – Nawaz (PML-N). Imran Khan in a Jalsa said that my last message is that I have everything in my life, I only wants vote from you people so that we can change the fortune of you people. Imran said that go to polling station on Election Day and stamp your vote on the slogan of lion (PML-N symbol).

PTI local leader standing with Imran Khan indicated him that he said the wrong line after that Imran Khan said that go cast your vote in favor of PTI and stamp the slogan of ‘bat’ on 11th May elections.

Pakistan Muslim League – Nawaz (PML-N) official Facebook page which has more than 173,000 likes also shared this video of Imran Khan and titled it: ‘Celebrity Endorsement ! PMLN Roshan Pakistan’ with a tag line “Special Thanks for Vote of Confidence, Mr Khan.” After the video was shared it became viral on Faceoook and it was shared over thousands times.

Here is the video: 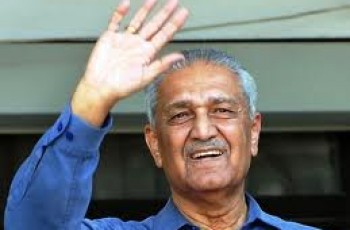 Lahore: Pakistan Railways, on the holy occasion of Eid-ul-Adha 2013 …