The month of Ramadan is such a glorious month that many historical events took place during this month mainly including the revelation of Quran, the battle of Badr, the conquest of Makkah and many others. It is also said that the Master of the Months is Ramadan, and the Master of the days is Friday. It is the month loved by our Prophet S.A.W the most, during which the prayers and fasting reward is much superior than fasting or prayers in other months.

The second ten days of Ramadan are said to be the days of Forgiveness, during which we should seek Allah’s forgiveness and repent for all sins. (Please see note in the last)

Duas to recite during the second phase of Ramadan

Meaning: Our Lord! Forgive us our sins and remit from us our evil deeds, and make us die in the state of righteousness along with Al-Abrar (those who are obedient to Allâh and follow strictly His Orders). [TMQ]

Whole of the Ramadan gives us the best chance to ask Allah for forgiveness no matter how sinful we are but the Muslims during the second stage concentrate more on seeking forgiveness from the Almighty who is the magnificent.

It is to be noted that many others are of the opinion that the hadith that divides the month of Ramazan in three stages is weak:
The hadith reads as, “A magnificent month has approached you . . . its beginning is a mercy, the middle of it is forgiveness, the end of it is freedom from the Fire …”-Sahih Ibn Khuzaymah (#1887)

They say that the Hadith has two defects: Ali bin Zaid bin Jad’an is weak (At-Taqrib), and there is a break in its Isnad between Sa’eed bin Al-Musayyab and Salman Al-Farisi.

However, besides this, the Matn (text) of this Hadith is also very problematic, because it is the only Hadith to divide the month of Ramadan in such a manner. Thus it is Munkar (rejected) and fails to fulfill the second condition established by Ibn Hajar, as its meaning is baseless and unsupported, as no other Hadith has come with such a wording. The very nature of its wording is strange and this is why it was classed as Da’if by Al-‘Uqaili, Ar-Razi, Al-‘Ayni, Al-Albani (Ad-Da’ifah, #1569) and others.

Spain: Spain government has ordered forceful conversion of Muslims to … 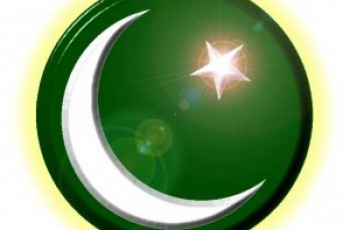 It is indeed a question of the day that how …