Karachi: Humayun Saeed recently praised the new drama serial Bashar Momin by saying that it was an exceptional drama serial that had a hardworking cast. He said that the intense interest and spirit of the actors in giving their best performance was evident from the serial. He also said that he had heard a lot about the drama serial and it was because of this that he was forced to attend the premier show of the serial inspite of his busy schedule, on the invitation of his friends.

Humayun Saeed also congratulated the actors of Bashar Momin present at the show, among whom were Asif Raza Mir, Faisal Qureshi, Sami Khan, Mohammad Aslam and Ushna. Humayun Saeed expressed his opinion in an interview. He also added that Bashar Momin was a one of the kind drama serial and was different from other drama serials. He also said that it was good to see such quality work being produced by our directors and actors, which has diverted the audience from the Indian drama serials towards Pakistani dramas.

Humayun also praised the efforts of the TV channels and stated that the dominance of the Pakistani channels is now evident which has further boosted the confidence and pride of TV actors as well.

Today, I saw an interesting advertisement regarding upcoming news channel. … 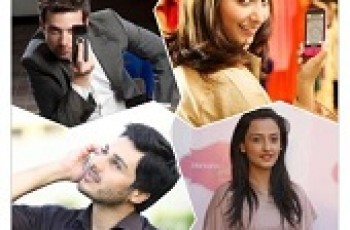