Ministry of Religious Affairs and Interfaith Harmony, Pakistan announced that submission of Hajj Applications, as per new government policy & prices will start from February 24, 2020.

In total 179,210 pilgrims from Pakistan will be able to perform Hajj through government and private packages. As per the policy 40% of the quota is for private sector which means 71,684 Pakistanis will be performing Hajj through private tour operators while 107,526 will be benefiting from government hajj package.

Thousands of citizens in Pakistan prefer performing the religious pilgrimage through government package because the cost and price is more affordable than private Hajj operators. But in recent years the gap started to shrink as government started increasing hajj prices.

The govt Hajj package for 2020 will differ marginally as per the city and whether the applicant wants to include qurbani in the package or not. The policy as per announcement of Ministry of Hajj is as follows:

The above mentioned prices are higher than Hajj price of 2019 which were Rs. 426,975 for South Regions (Karachi, Quetta & Sukkur) and Rs. 436,975 for North Regions (Islamabad, Lahore, Peshawar, Sialkot, Faisalabad, Multan & Rahimyar Khan).

The Hajj application forms will be available from branches of 13 designated banks and will be accepted from Monday, February 24th till Wednesday, March 4th.

According to the announcement of Ministry of Religious Affairs due date for Hajj applications is 4th March but it is expected that the dates will be extended like previous years.

The documents which will be required along with the Hajj application include the Computerized National Identity Card (CNIC) and International Machine Readable Pakistani Passport (IMRPP) of the applicant.

As per the instructions of Ministry of Religious Affairs the Banks are required to accept the Hajj applications every day, including weekly holidays of Saturday and Sunday.

Where to Get Hajj Application Forms?

Applications for Government Hajj Scheme will be available from branches of 13 designated banks which are as follows:

Karachi: K-Electric has categorically denied KWSB’s reports which said that … 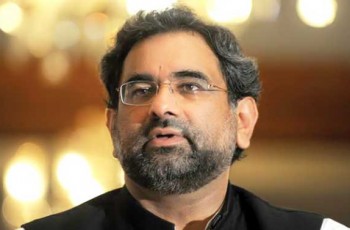