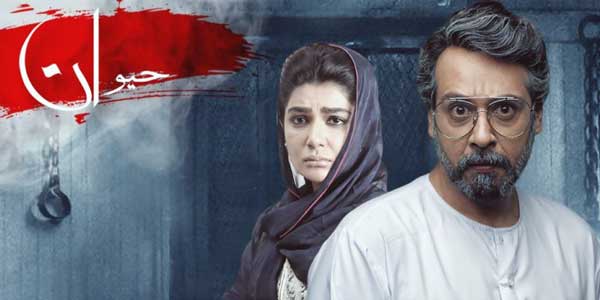 Haiwan is a new drama on ARY Digital on the issue of child abuse & child protection. The drama cast includes multi talented Faisal Qureshi which indicates that it will be a successful drama serial for the channel.

The story of the drama is based on child abduction and murder. It aims to highlight this problem in our society and create awareness among parents to be more responsible & careful for the safety of their children.

Fayasl Qureshi is known for his performance in many drama serials such as Bashar Momin. But this time he will be performing a far different role in this drama serial, a man who commits a crime and then commits more to cover it while dying inside from the guilt. People are already appreciating his performance.

Many people have appreciated the change in plots of Pakistani drama serials while others question why such disturbing issues are being highlighted through entertainment channels?

Smartphone users can download mobile app through Google App Store & Apple App store for their android and iphones to watch it on mobile phones.

The drama will be aired weekly on Wednesday at prime time of 8 PM. Talking about the drama serial Sanam Chaudhry said that “I guarantee you that there won’t be a single dry eye once the drama goes on air”.

The drama serial is written by Sara Sadain Syed, directed by Mazhar Moin and produced by Abdullah Seja under his company iDream Entertainment.

The OST of Haiwan is written by Ayub Khawar which becomes captivating in the voice of famous singer Sanam Marvi and Jabbar Abbas.

Ye Waqt Hai Mera, the morning show hosted by the … 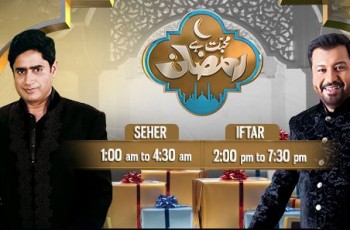 A-Plus TV is not far behind in arranging a Ramazan …