Ghao drama serial is on air from Geo Entertainment and is getting a good response from the audience. The cast of the drama is Sami Khan, Fiza Ali, Samina Peerzada. The drama is directed by Aamir Yousuf and written by Faiza Iftikhar. Natak Entertainment has produced the drama.

Ghao drama is about the conflict between real and step blood relationship. The drama will be on Monday and Tuesday at 08:30 PM. The story will revolve around Sami Khan, Fiza Ali and Samina Peerzada. 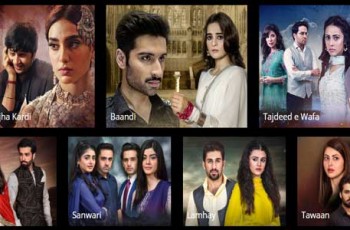 Hum TV channel is one of the oldest and best …

Karachi: The show ‘On the Front’ was aired from dunya …