Unidentified gunmen fired at the rally of Afaq Ahmed, leader of MQM (Haqiqi) in Malir here on Sunday night. Awamiweb’s staff reporter learned that Haqiqi’s activists tried to enter Malir that they had to face indiscriminate firing by unidentified attackers. Resultantly, the buses disappeared from the roads and people were bothered to go to their destinations.

A taxi driver coming from Malir told Awamiweb’s reporter that he carried a family to Malir. As he entered the area, he found blackout and listened to bullet sounds. Around the corner of a street, someone advised the taxi driver to go back from the area as MQM Hqiqi’s activists have tried to enter Malir and resultantly, some unidentified gunmen have started firing at them.

It is noticeable that the court has recently released Afaq Ahmed whereas he has vowed to begin his new political struggle enthusiastically. 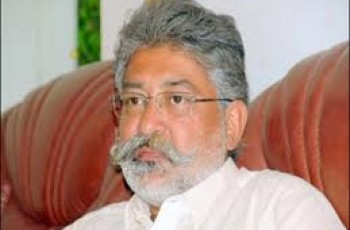 Islamabad: Pakistan Muslim League Nawaz (PML-N) has now made it …

Lahore: The Jamaat-e-Islami Secretary General, Liaqat Baloch, has said that …