Shafiq Ul Hasan Siddiqui is the Editor in Chief of ‘Media Magick’ an online entertainment site which covers everything about glamorous media world. He is a renowned critic and publicist at Tribune Blogs, Hip In Pakistan & EditionPk. His blogs have also featured on Dunya TV website.

Recenlty AwamiWeb interviewed him which is very interesting to read.

How did film criticism happen? Is it something you’ve always wanted to do?

I have been an avid film lover since my childhood, was blessed to witness the era which actually promoted Pakistani films with STN/NTM showing Pakistani and Hollywood classics. In 2009, I started reviewing off-beat (commonly known as parallel cinema) Bollywood films on one of my personal blogs; I received a good response from my readers.

Then I started writing on films, reviewed many films from Bollywood, Hollywood and Pakistani film industry. I have always wanted to be associated with the entertainment industry, one way or the other, back in school and college I used to write scripts and short plays. I’ve acted quite a few times on stage too.

What difficulties you have faced when you started?

To be honest there, I think I was blessed that I never faced any difficulty. Initially I had my personal blog where I used to express myself through blogging and writing on films then one morning I decided to pitch my movie reviews to the Blog section of Express Tribune and Dunya TV; luckily they both got approved and featured. From then there’s no looking back.

At Express Tribune’s blog only, there are 70+ movie reviews under my profile; unfortunately Dunya TV’s blog went through a major 360 degree change and 50+ movie reviews by me were gone when the new blog of Dunya was launched. Later a few other online publications approached me to write for them. I also started an entertainment-focused online publication i.e. mediamagick.com where I regularly write on other topics as well.

You only do film criticism or drama also?

I am more in to the films so, I do movie reviews mostly. I am not satisfied with the quality of stretched dramas these days. I prefer dramas from 70’s to late 90’s where there was high quality content along with brilliant diction and performance, unlike today. So, there are very few dramas which I review these days.

Have you ever been asked for paid reviews?

How movie critics make money if they don’t do paid reviews?

Magazines (print and online) pay for the contribution and reviews. Publications interested in publishing movie reviews written by movie critics contact them to write for their magazines and portals.

How would you define a film critic? With social media and everyone jumping on a blog to push their own views, how do you differentiate?

I am not any authority to define film critic, but to me “anyone who has understanding of films, script, dialogue, performance and music along with the exposure to different kinds of arts can easily review films. Plus, the brownie point is if they are good with the research to prove their point.”

Sharing views, today, is very common, thanks to social networks which have made this very easy and doable.

It is just like listening to multiple people in a discussion but only those who have substance and sincerity in their speech are remembered and appreciated by people. Those who talk just for the sake of talking and not adding any value to the discussion get sidelined.

Keep writing the truth and genuine stuff, and you will create your readerbase.

Many leading film critics in neighboring India are also entertainment journalists who have their own shows and interview stars, etc. Do you see that as a conflict?

Not at all! The market you are talking about is very mature, they accept people’s views and regard them as well, without turning the table and pointing fingers on them and questioning their taste. If anyone, even a film critic or entertainment journalist interview celebrities and run their shows that’s totally okay. It’s an extension to their profession which helps them earn bread and butter. And they are doing very good as well without either influencing anyone or getting influenced.

In the West pre-screenings of films are quite common for critics, who are then made to sign NDA (non-disclosure agreement) to not discuss the film until the release. Is this happening in Pakistan also?

No, to my knowledge it is not happening in Pakistan.

Where you see yourself in next 5 years as critics? Doing your show on TV or on YouTube or something different?

Both the options are open and working on one of them at the moment, will be engaged with something different by coming year.

What are your views on Central Board of Film Censors (CBFC)?

What’s your view on the year so far in terms of Pakistani films? Many people feel it’s been underwhelming.

Many filmmakers are exploiting audience in the name of “Revival of Pakistani cinema” and “support Pakistani films”; the truth is majority has failed to provide quality entertainers and their movies bombed at the box office, no one can fool audience. So, apart from 2 – 4 movies released this year, remaining were mediocre attempts. Sorry state of affairs but factual.

What critics do you read now?

In 90’s I used to read Taran Adarsh religiously, now I read Anupama Chopra, OmairAlavi and Kamran Jawaid. Plus, I am an avid reader of Rotten Tomatoes.

What was the last film you saw that you loved, or had a profound impact on you?

I loved many films, but there are very few have the ability to impact one’s life, for me it is AankhonDekhi.

What’s the one upcoming Pakistani film other than Verna that you’re looking forward to most?

Hahaha, I am not even looking forward to Verna my friend, to be honest, at the moment no movie is impressive enough to catch my attention.

In last please tell your favorite movie and actor?

There are many, from Sanjeev Kumar to Ranveer Singh and from Waheed Murad to Fahad Mustafa. Anyone who performs well always impresses me. Countless films tbh. But after Khuda Ke Liye and Bol if any film made to next level for me, it was Manto, hands down. 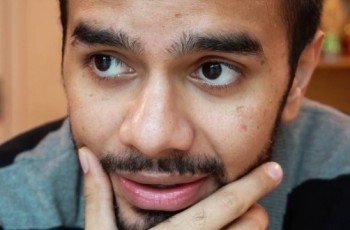 There are many in Pakistan who are doing online work. … 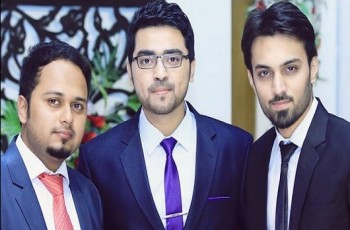 Tell us about yourself and team behind 3 Idiots? We …