The shocking news of illness of Siddiqui Boss who is a famous tiktoker, vlogger and social media celebrity, is in the air. The news is spreading like fire that Siddique Boss has been diagnosed with CML i.e. blood cancer.

Siddiqui’s suffering started on chand raat followed by multiple tests which later on showed this result.

Just few days before Boss himself has revealed the news in his tiktok video to inform all his followers and fans about his sickness. The sad news is prevailing and taking over social media.

Moreover, he is also suffering with a skin disease and he is getting treatment for that. The treatment for blood cancer will be starting from 23rd June which is an expensive one costing Rs.45lac per year. This amount will be very heavy on his pocket as he added in the video.

In the video, Siddique Boss has requested his followers to support him, only by visiting his restaurant named SB Restaurant (SBR) having two branches, Shah Faisal Colony branch and University branch.

He appealed his fans to only “pray for him full heartedly” and clearly said that “ he is not expecting any financial support but by visiting his restaurant people can support him”. 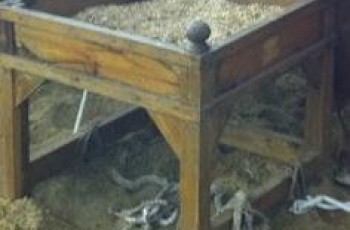 Bakra Eid will be celebrated on 7th November (Monday) in …

Lahore: An orientation session for the Board of Directors of Waste …