Famous Indian comedian and film maker Jaspal Bhatti died in a road accident near Shahkot on Thursday. Jaspal Bhatti along with his son were in the car when it hit a tree on the road side. Bhatti and three others injured were shifted to Orthonova Hospital in Jalandhar but unfortunately he died on the way.

He was coming to Jalandhar from Bathinda after completing the promotion work of his new movie Power Cut. The name of hero in film Power Cut is suggested Current and Bijli is the name of heroine. He also scheduled to interact with the media in Jalandhar at 12:30 pm in the afternoon on Thursday.

Mean while, the friend and fans of Jaspal were upset after hearing the news of Jaspal death. His body has been shifted to Civil Hospital Jalandhar for post mortem. 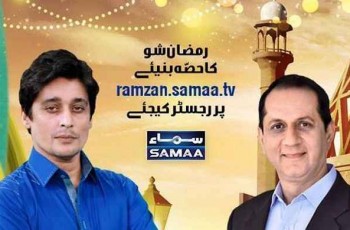 Samaa TV is all geared up to try and attract …

One of most controversial Female Talk Show host of Pakistan, …