Needless to say that in Pakistan the present electoral system does not offer a fair representation for the parliament and local bodies’ elections. A cautious estimate indicates that not more than 30% of the available votes are cast hence almost 70% remain unrepresented. Even out of these 30% counted votes, notwithstanding the rigging before, during or after the polls about 20% are divided between various candidates in such a way that no one gets majority/ plurality votes hence wasted. and  only 10% of the registered voters get their representatives elected and that only goes mostly to the elite class, may they be sufficiently educated and honest enough or not. This is the main reason why the aristocrats grab the lion’s share, the “winner take away all.” from the plurality/majority system available at their disposal which resembles gambling because in this game the winner takes away the entire money of all the stake holders.

Pakistan is the most unfortunate countries in the sense that since its inception it remained without a stable constitution (or with a constitution serving vested interest of the parliament members). The military rulers ruled over this country about 2/3rd period of its history who very brutally twisted the constitution to suit their selfish motives. The remaining period of 1/3rd became captive of the civil dictators who never hesitated to sacrifice the sanctity and the sovereignty of the Republic for their malignant motives and in order to satisfy their desire and perpetuate their power for ever.

It is worthwhile to note that before passing the 1973 Constitution the then Opposition under the guidelines of United Democratic Front (UDF) raised demand of  Proportional Representation System of voting before the then P.M.  Z.A. Bhutto who did not accept it because he could not see any personal interest in it ; he became the unopposed ruler of the country by means of his nefarious designs and suppressed the demand of Proportionate representation, it was not needed by him or his companions . He could not have become the ruler unless the country was separated into 2 independent entities and at last the Indo-Pak war ended in great loss to the people and disintegration of this sacred land of the Country.  His struggle continued until he gave recognition to the Bangladesh the illegitimate product of Bhutto and Mujeeb. Due to the plurality/majority system of voting and record rigging in the 1977 Elections he gained absolute majority in the National Assembly.

The Provincial Assembly election remained suspended due to the protest of the Opposition and countrywide processions took place after which taking the advantage of the political vacuum, Gen. Zia-ul-Haq arrested Mr. Bhutto and declared Martial Law.  Unfortunately he remained in power by hook or by crook for about 11 years until his assassination. This is the usual way of the Military Rulers.

In the present scenario, when the country is under the grip of worst rulers having even worst governance and most corrupt executives of the Government under the rule of a person who is known only for his specific quality, corruption, resulting in all sort of turmoil and the clear danger of disintegration of the country, it is high time for us to think about reforms which are needed on emergency basis. Some of the points worth considering are highlighted below.

a) Proper amendments should be made in the Political Parties Act, especially registration of the party, the minimum age and qualification of every member which should be certified by the Election Commission.

b) Secondly proper election should be made in every registered political party under the supervision of the Election Commission.

c) The party members should offer all their property and assets and of their spouse and dependents for inspection and audit to verify its legality and authenticity. 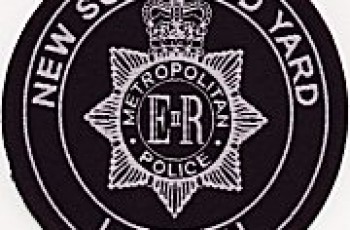 After the murder of MQM leader Imran Farooq in London … 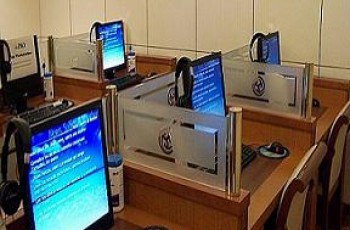 I happened to go to an internet cafe in my …