Euro builders have launched another project after the success of Euro Clock Tower, Euro Classic, Euro Regent Park, Euro Continental Tower, Euro Twin Torre, Euro Grand Park, Euro Duplex City and Euro Hi-Tech Residency. This project, ‘the Euro Icon Tower’ is located at a prime location of North Nazimabad block F. The project offers 4, 5 and 6 room duplex apartments. The project will be an attractive venture after the success of its previous projects and the way it has been marketed based on its iconic architecture.

In addition, the project also incorporates a home automation system that will cut down the electricity bill of the residents by 50%. The toilet fittings and doors are UPVC material that will provide protection against moisture. Some of the features are new for the living styles of the people. The project details can be obtained from:

Kings Tower Apartments is another residential project of Kings Group … 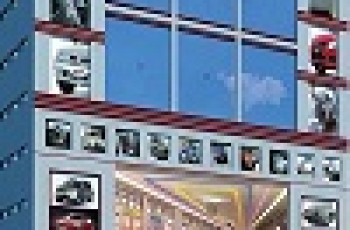 Lahore: Rimpa Tower apartments is a project of the Shehryar …