Chakwal: ‘A student cannot be expelled from school for getting married’, said Nabeel Anwar Dhakku, a high official in charge of education and region affairs. These words were stated by him, after complain was taken to him of a girl who due to her marital status has been declined by the administration to attend the school.

Madiha Fatima, student of 10 class  was expelled by the headmistress at Government Girls High School Chakwal. Previously, Madiha had sought grant of leave for her marriage by one of her section teacher. Her plea was not accepted, hence she went absent on her marriage days.

Being married last month, when Madiha returned to school, she was declined to be accepted. The reason being given for the expulsion was the fear of wrong influence by the ‘young married girl’.

Principal, Shehnaz Begum when questioned in this regard replied that she might discuss her marital life with other students which can impart negative influence over their minds. Hence, her presence is impermissible.

The head mistress was questioned which law permitted her to take such decision. To the question she replied,’it is about the behavior and not the law’.

Natiq Jafri, Madiha’s husband asked, ‘If marriage is a crime’. Talking to media men, he said that I want my wife to pursue higher education but she has not been given the access to it.

After the school administrations turned deaf ears to Madiha’s family plea they looked upon intervention of foreign bodies. The matter has been addressed to the Executive District Officer Education Ghulam Murtaza. He has responded positively to take the action.

Karachi: Higher Secondary Education Board Karachi will announce the annual … 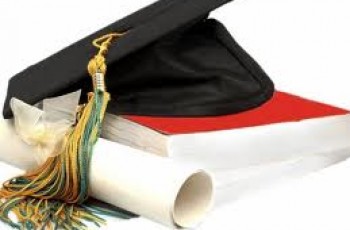