The main reason behind the defeat of Pakistan from India in World Cup T-20, which is being held in Dhaka, Bangladesh, was the differences between Captain, Muhammad Hafeez and team management. According to sources the situation in the team was in a mess and the reason of this was the self-willingness of Captain Hafeez in the election of final Eleven.

On the other hand coming in stubbornness the team management added Kamran Akmal and Junaid Khan in the final squad. In an unbelievable way, instead of presenting a fast game on the slow wicket, players of National Cricket Team remained slow till the end of the innings.

The player of National Team wasted 51 balls in the match, which became the major reason for the defeat. Pakistani team however, did not succeeded in breaking the 22 year old tradition of losing match against India in every World Cup.

In previous days Pakistan played a match with India and both the teams come in the list of Super Ten. In this match Pakistan was unable to defeat India due to which many Pakistanis were upset. 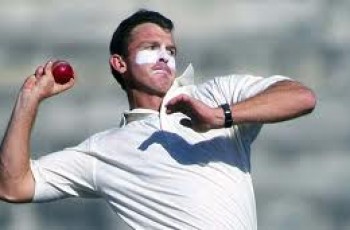 Karachi: Following the resignation of Aaqib Javed from the post …

Lahore: Pakistan Cricket Team Captain Misbah-ul-Haq is near to breaking …