Walter is 78-year-old man from Mississippi region of America. He was admitted in a local hospital as he was suffering from various heart disorders. He was declared as a dead man by doctors when his heart bests were stopped. His family was busy in his funeral rituals but at the last stage of rituals he woke up.

He started moving in the plastic bag in which he was packed. He was immediately taken to hospital again on which doctors said that his apparatus that keeps heart beat continuous was shut due to which he was dead. Doctors also said that it was now working properly and they can take him home back. Walters’s family members were very happy at the moment.

The World biggest man made swimming pool in central Chile … 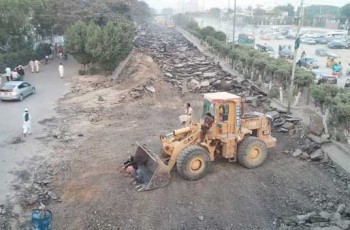 The cost of University Road Project has reached 1.3 Billion …