Daawat-e-Ishq is a new bollywood comedy/drama film starring Aditya Roy Kapur and Parineeti Chopra and directed by Habib Faisal . the film is produced by Aditya Chopra under the name of Yash Raj films. Daawat-e-Ishq is scheduled to release in Pakistani cinemas on 19th September 2014.

Daawat-e-Ishq is a story about two colourful characters Gulrez from Hyderabad
(Parineti Chopra) and Tariq from Lucknow (Aditya Roy Kapur). Gulrez is a shoe-sales girl who has lost hope of finding her true love after her experiences with dowry demanding suitors. Tariq is a charming cook who is famous for his delicious kebabs. These two come face to face and re define the traditional meanings of love and romance.

Daawat-e-Ishq is directed by Habib Faisla who is known for his previous work in Ishaqzaade which was a successful movie. This will be his first time collaborating with Aditya Roy Kapur while he has worked with Parineeti Chopra in Ishaqzaade. Anupam Kher, Karan Wahi and Sunny Deol are also going to be play some part in the film. Daawat-e-Ishq will be releasing in cinemas all over Pakistan including Centaurus Cineplex, Cine Gold, Atrium, Cinepax, Nueplex and other cinemas . 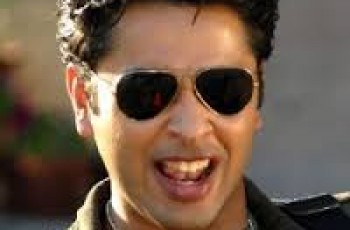 Shehzad Roy made himself known in the music industry as …