The Canadian government has set aside a sizeable amount of money for the building of its visa office in Islamabad. The change coincides with an increase in Pakistani requests for Canadian visas.

Since there are hundreds of thousands of Pakistanis residing in Canada and their relatives are having major problems getting Canadian visas, Pakistan has long urged Canada to reconsider its plan to move its immigration facility to Abu Dhabi.

As other countries have reopened visa facilities in Pakistan after an improvement in the security situation, the High Commissioner of Pakistan requested Canadian government to transfer the visa center back to Pakistan in 2019.

For security reasons, the Canadian government made the decision to close its visa center in Pakistan about ten years ago. Instead, it opened two new centers in Abu Dhabi and the United Kingdom (UK).

Pakistanis who wanted to visit Canada were compelled to apply for their visas first in either Abu Dhabi or the UK. However, many nations reactivated their visa operations in Pakistan as the security situation improved, forcing Canada to likewise review its decision. 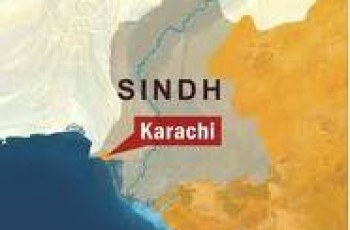 According to sources Pakistan Peoples Part decides to Karachi in …